Info Post
Unknown
09:39
No Comment
Yes, we are a bit late on the past 2 updates as the events of our annual THC Halloween Party kinda took us over this weekend, but were catching up now. So for those of you getting a kick out of our creepy kids, we'll be up to speed soon :) 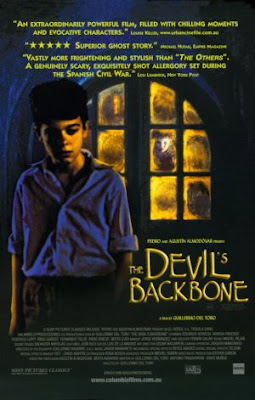 Another Guillermo Del Toro movie, another creepy orphanage. Themes of childhood, abandonment, war and death are very big with our beloved Guillermo, as they tend to be present in most of his work in some way or another. It's all right though because it makes for some creepy good fodder. 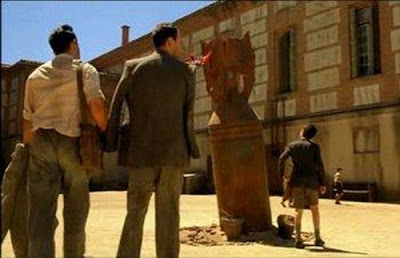 The unexploded bomb gag always impressed me, when watching this movie.
Santi is another ghostly kid, hanging around another orphanage and creeping another group of kids and adults out. He has a reason for this, and a fairly benevolent one, but that doesn't make it any less unsettling. Why can't little ghost kids ever look cute and harmless? 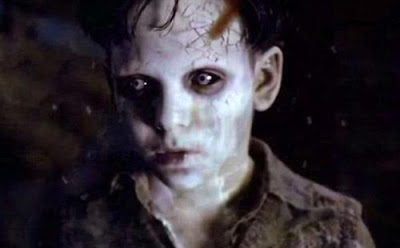 "He who sighs."
The drawback to this movie is that the creepy ghost kid isn't evil, but rather sympathetic and helpful. We really wanted him to go on a ghostly murder spree, and use his creep factor to its full potential. Then again, that's not why you watch a Guillermo Del Toro movie. That being said, Santi is creepy as all get out, and his lurking in the shadows and sighing is very unsettling and eerie. 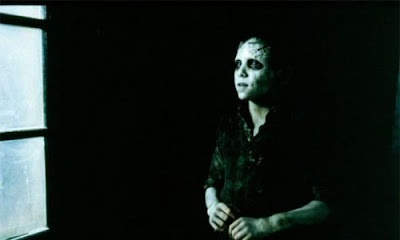 Even ghost kids have dreams....sigh...

The Master Says- We've said it before, and we'll say it again; Guillermo Del Toro is a Master Filmmaker. Sure, his movies can get bogged down in his own sentimentality, but that doesn't them his movies any less amazing or impactful. He's also got a knack with making kids creepy, even when they truly aren't. This is a great movie, with a great creepy kid, and you should check it out. Maybe watch it back to back with The Orphanage. They do fit together. 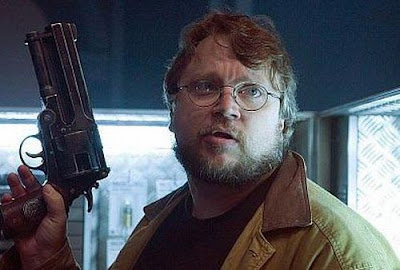 We know you'll get At the Mountains of Madness made one day, Guillermo, we will wait patiently.
Posted by Unknown at 09:39